Professor Masur is on sabbatical this semester. Some of you may be wondering: what exactly does a history professor do while on sabbatical? This is the second entry in what may be a regular series of posts from Professor Masur about how he is spending his time.

During a department meeting last fall, Professor Salerno (our Department Chair) suggested that we give public lectures as a way to reach out to the campus community and give students a chance to learn about history outside of the classroom. It just so happens that I had been mulling the idea of some kind of talk in conjunction with the thirtieth anniversary of the 1989 Tiananmen Square demonstrations. Because I would be on sabbatical in the spring, I felt that I could take the time to prepare a lecture without, say, worrying about a stack of papers that needed to be graded.

Tiananmen Square made sense as a topic. For our students—most of whom were born at least a decade after the demonstrations—Tiananmen is a bit of a mystery. Many of them are familiar with some of the famous images from the protest, but they may not have a deeper understanding of the origins, historical significance, or current relevance of the demonstrations. And even those of us who were alive at the time may be interested in revisiting those dramatic days of 1989.

The talk took place last week, well in advance of the anniversary of the demonstrations. The timing more necessity than choice—the calendar will be pretty full in March and April (including with talks from Professor Dubrulle and Professor Perrone), so it made sense to do the talk earlier in the semester. Nevertheless, we had a good turnout—to borrow a phrase from Sean Spicer, it was “the largest audience ever” to witness a talk at Saint Anselm. (Don’t believe anyone who says otherwise, even if they have data to support their claims. Haters.)

What did the lucky attendees learn, other than that I have some trouble operating PowerPoint? For those who could not attend, here is a brief overview:

First, I provided a summary of the demonstrations. The protests began in mid-April after the sudden death of Hu Yaobang, former General Secretary of the Chinese Communist Party who had lost his position because of his moderate views. In subsequent weeks, additional students, workers, and local residents joined the demonstrations, and they began calling for various political and economic reforms. Hardline Party leaders felt threatened and, after some deliberation, declared martial law in May. In early June, troops from the People’s Liberation Army violently suppressed the protests, killing and injuring an unknown number of demonstrators and bystanders.

Second, I explained the motives of the protesters. Although the demonstrations were ostensibly about honoring Hu Yaobang, the student protesters used the initial demonstrations as a way to criticize other CCP leaders, such as Deng Xiaoping. Many of the demonstrators simply rebelled against the suffocating control of the Party. And as the demonstrations grew, it became clear that the demonstrators were motivated by growing disappointment with political and economic conditions in China. Economic liberalization had brought prosperity but had stalled. Inflation cut into economic gains, and some workers were in danger of losing their job security. It had also led to endemic corruption, with high-ranking Party members profiting enormously from economic reforms. There was a general feeling of “malaise” among many Chinese in the late 1980s that fueled the protests. 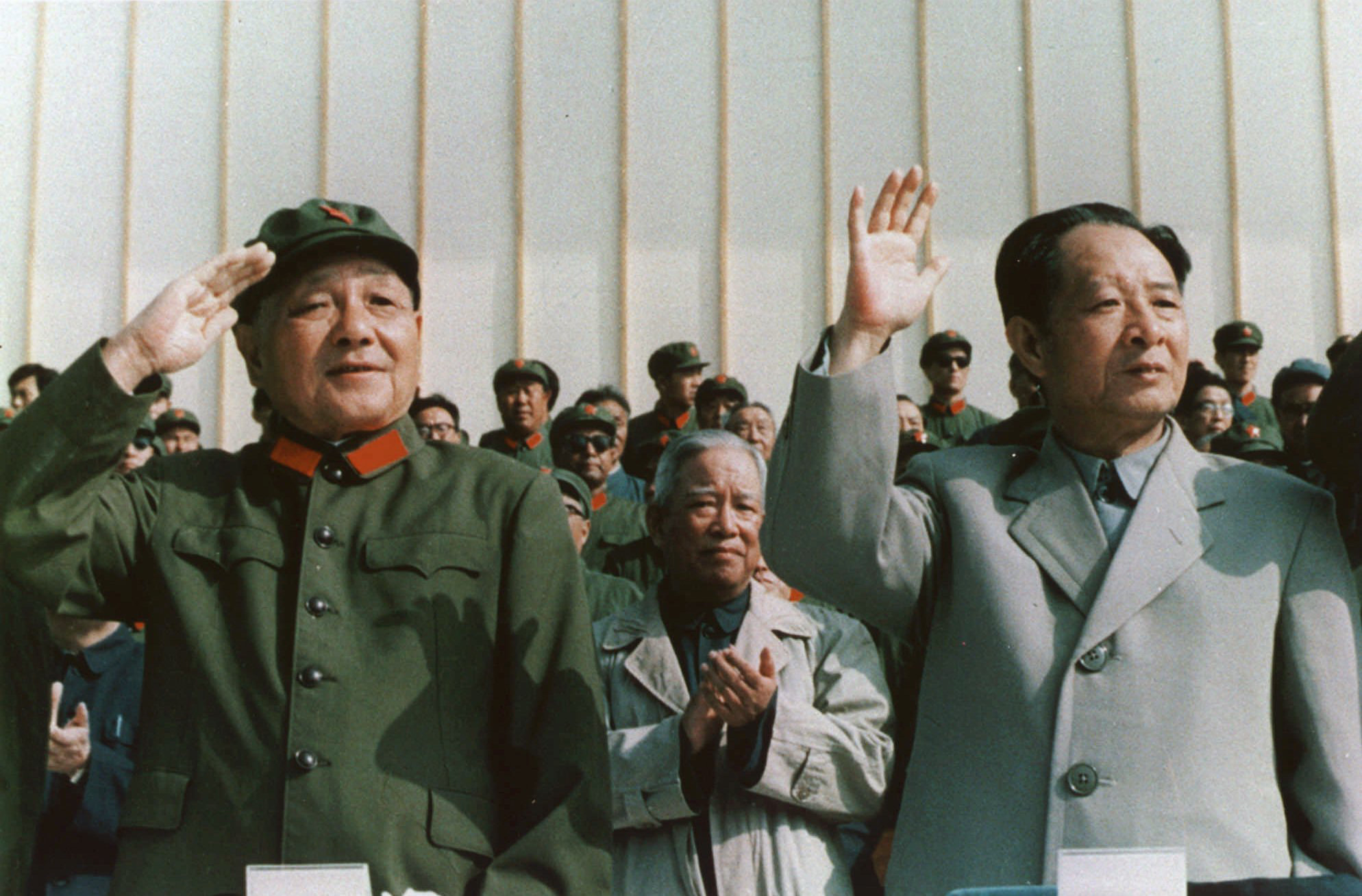 Third, I explained why these demonstrations were so threatening to hardliners in the Party. For one thing, Deng Xiaoping may have been feeling vulnerable because his popularity was already in decline. He had also been the victim of political attacks during the Cultural Revolution, which may have made him leery of the student demonstrators. The growing participation of workers in the movement was especially alarming. Workers were theoretically the base of the Communist Party—their discontent undermined the Party’s credibility. Plus worker unrest could threaten China’s economic growth. Finally, the demonstrations unfolded at a critical time. Several Eastern European countries had just experienced serious domestic challenges to Communist rule, which served as sort of a cautionary tale to hardliners in China. And Soviet Premier Mikhail Gorbachev’s visit to China in the middle of the crisis guaranteed that the world’s attention would be on Beijing. All of these factors led Deng Xiaoping and other hardliners to declare martial law and forcefully end the protests in early June.

The last part of the talk described China’s efforts to erase the memory of Tiananmen Square. This spring, we will undoubtedly see numerous examples of the Chinese Communist Party censoring references to the Tiananmen Square demonstrations. This effort has been going on for years, and with some success: in People’s Republic of Amnesia, Louisa Lim describes her surprise to find that many current college students in Beijing are unfamiliar with the famous “Tank Man” image. She also describes the Party’s strategy of using economic growth and stirring up nationalism to legitimize Communist rule and preclude opposition.

I ended the talk with a slight note of optimism. In spite of the Party’s efforts, information about Tiananmen does break through the wall of censorship. Every year, images circulate on social media—even in China—that draw attention to the events of 1989. Chinese censors will certainly be active this spring, but it is just as certain that Chinese citizens will continue to find ways to remember Tiananmen.

Professor Masur is on sabbatical this semester. Some of you may be wondering: what exactly does a history professor do while on sabbatical? This is the first entry in what may be a regular series of posts from Professor Masur about how he is spending his time.

Sabbaticals are often used for research, and I do have some research projects that I’m working on this semester. But I am also trying to update and improve some of my classes. And I want to take advantage of a schedule that is much more flexible than it is during a regular semester. To that end, I decided to head down to the Peabody-Essex Museum in Salem, Massachusetts to check out an exhibit on Chinese Empresses. I thought that the exhibit might give me some specific ideas for my classes, and it would help me to learn a bit more about a topic that is part of my general teaching area.

Apparently Professor Masur thinks that he doesn’t have to look presentable while on sabbatical.

So, what did I take away from the exhibit? Here were my main impressions:

1) Empresses have often been dismissed or overlooked in accounts of Qing Dynasty China. However, the exhibit illustrated that Empresses were actually figures of great importance during this period. For one thing, they had to produce a male heir to succeed the Emperor—no small task. In a society imbued with the Confucian principle of filial piety, Empresses were granted considerable respect as mothers and wives of Emperors, and therefore symbolic mothers of all of China. Conditions in the imperial court reflected on China as a whole, so it was important that Empresses oversaw a harmonious and well-functioning household. While Empresses were generally not expected to participate in the affairs of state, their activities were central to harmony and stability in China as a whole.

2) As I made my way through the exhibit, it occurred to me that I could name every Emperor from the Qing Dynasty, but only one Empress: the Empress Dowager Cixi (more on her later). The exhibit used techniques both overt and subtle to fill this gap. Upon entering the exhibit, an audio recording played the names of the Empresses who were featured in the exhibit. Exhibit cards included the names by which the Empresses were known, including a phonetic pronunciation guide. Names of Emperors did not include pronunciation, reversing the common habit of ensuring that Emperors’ names are known while leaving Empresses out of the story.

3) The exhibit displayed the wealth, craftsmanship, and artistry of Qing China. The exhibit included robes, paintings, and other objects created by imperial artists, some of whom were European Jesuits. The robes—brightly colored and filled with various adornments—were particularly striking. Another impressive object—a silk screen from the 18th century—covered an entire wall.

4) The final section explored Cixi, mother of the Tongzhi Emperor and eventually Empress Dowager and power behind the throne in the years before the end of the Dynasty. Cixi is an interesting figure because she managed to gain considerable power in the imperial court through alliance-building and other machinations. By the late 1800s, she had orchestrated a palace coup and was arguably the most powerful figure in the imperial court—more powerful than her nephew, whom she had installed as Emperor in 1871. She is often depicted quite negatively in historical and popular accounts of the Qing Dynasty. But the exhibit made her out to be a more complex figure. It also explored the various representations of Cixi, including photographic images, depictions of her in film, and an enormous portrait by American artist Katharine A. Carl in 1903. Carl’s nine-foot-tall painting was displayed at the World’s Fair in St. Louis in 1904 and given as a gift to Theodore Roosevelt. It was an important tool in crafting an international image of the Empress Dowager as a public figure—unusual for China’s Empresses.

Enjoying an afternoon at a museum was nice, but I do feel a certain amount of pressure to do something “useful” with my time on sabbatical. In this case, some of the key themes from the exhibit, and the images I took while I was there, will make their way into my courses on Modern China and Asian Civilizations.